Technicolor’s Mill Film is a theatrical and film production company, providing visual effects and colour for major studios and streaming services. The studio’s first major motion picture project was Paramount’s ‘Dora and The Lost City of Gold’ and has also worked on films for Universal and Amblin.
With multiple studios across the world, the new Adelaide studio, designed by Studio Nine, became the first in the Southern Hemisphere.

The highly considered studio has been created through the translation of the VFX process using two key design principles ‘modelling and performance’ and ‘light, colour and texture’.

Light, colour and texture profiles were created for each space type. Monochromatic artist areas work as a passive backdrop to on screen activities, as minimal distractions and visual interference are critical in these areas. The artist areas flow into warm and natural reviewing rooms where colour and material selections were key to providing spaces to review work on screen. Buffered from the artist spaces, the vibrant social spaces provide a colourful contrast to the work zones to socialise, relax and celebrate. Each space hosts a common thread of base materials tying them all together.

The industrial aesthetic was developed to maintain a consistency in built form within the global network of Mill Film studios, while rich Australian timbers and a colour palette of rusts and deep reds introduced a local context. 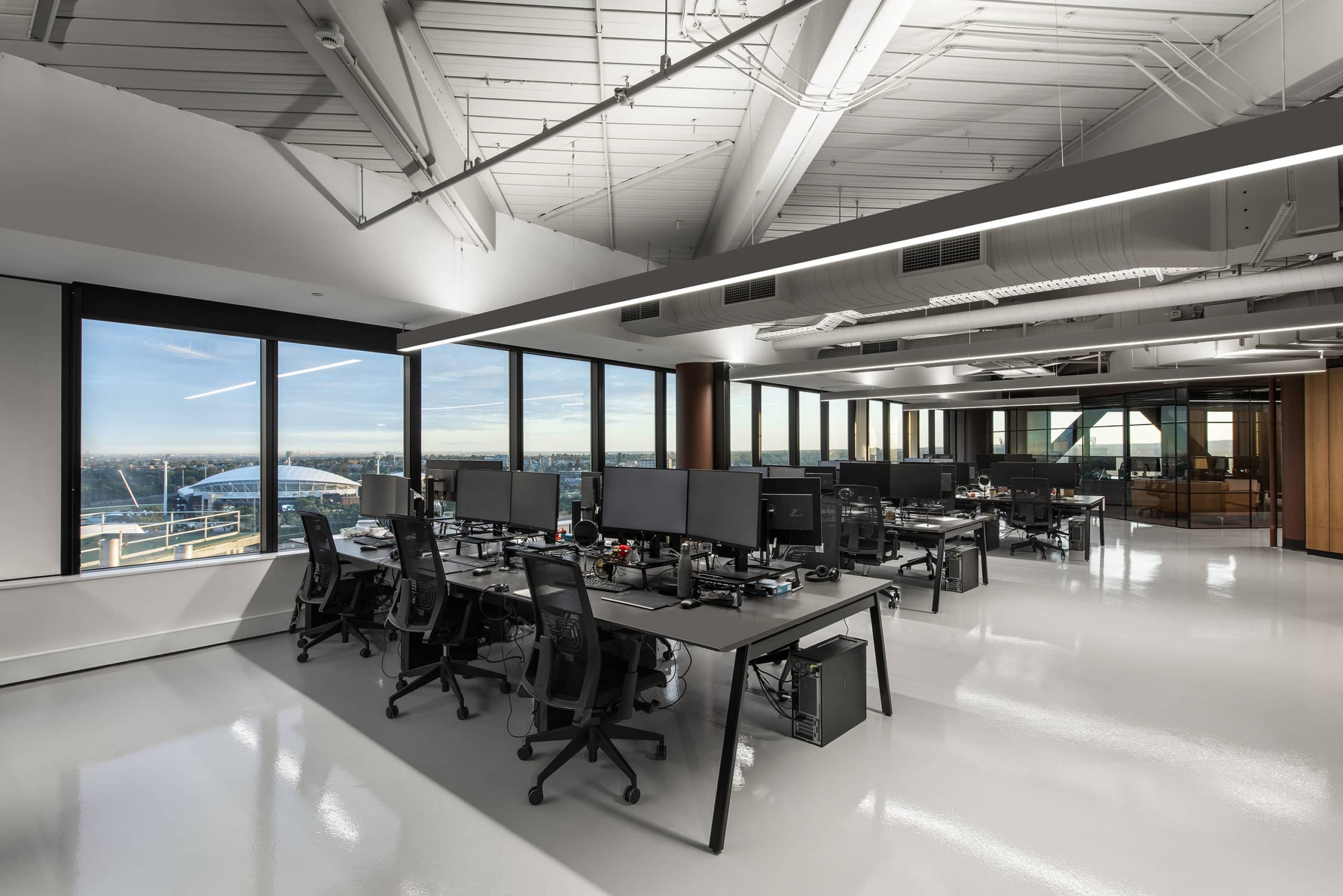 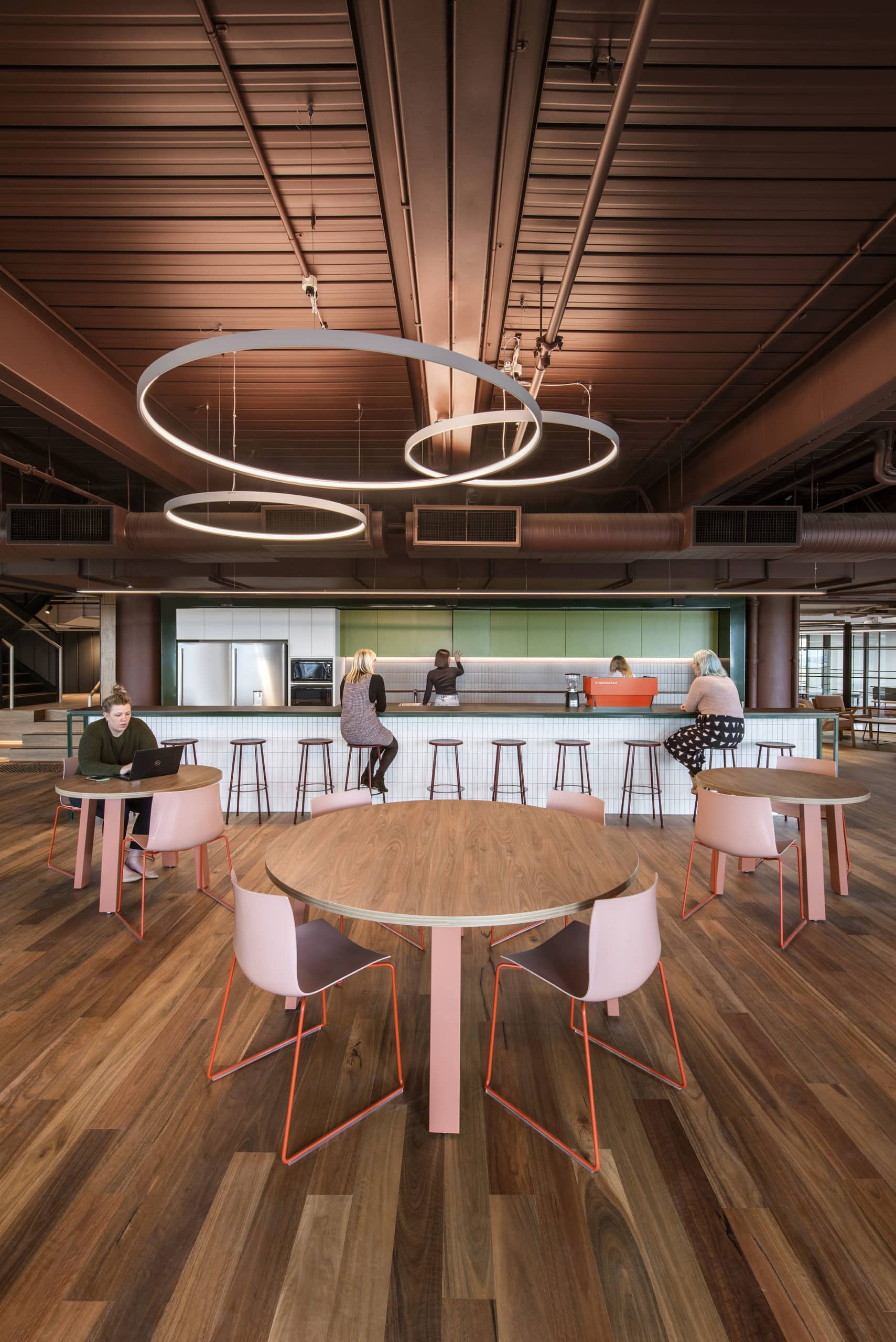